The rising cost of European energy supplies has driven many financial model-derived estimates of the fair value of the single currency down sharply this year, and with little respite on the horizon, some of the market’s most bearish forecasters are feel optimistic about their EUR/USD outlook.

EUR/USD will decline significantly in 2022. While factors such as the US economy and Fed policy have been a significant driver of this decline, it is the rising cost of disruptions to the energy supply which gives the most confidence to certain other markets, which implies the eventual collapse of the euro.

The EUR/USD currency pair against the EUR/USD dollar fell last week to the support level of 0.9900, its lowest level in 20 years, and in reaction to statements by Jerome Powell, it tried to recover on Friday at the resistance of 1.0090, but returned to its strongest downward trajectory towards the support level of 0.9964 and closed trade around it.

The euro got a break for most of last week after falling below parity with the dollar in Monday’s session, but European gas prices remained at high levels after days of increases massive. These costs and their expected impact on both businesses and households lead some forecasters to believe that the euro’s slide of more than 18 months may still have some way to go.

The price of electricity in Germany will increase over the next year by more than 1000 US dollars in terms of the energy equivalent of Brent oil. That’s far from normal, as Nomura expert Jordan Rochester puts it: “This is a crisis that stems not just from Russia’s tight energy supplies, but from a series of unfortunate problems.”

In addition to energy constraints, the euro zone is bearing the full brunt of climate change with flash floods and record droughts, as well as a slowdown in trade with China and the risk of a recession in the United States. However, we believe that the biggest challenge Europe will face this winter is not inflation, but inflation accompanied by recession.

“That’s why we expect EUR/USD to drop to the 0.90 support this winter,” Rochester added.

Gas prices in Europe have more than doubled over the past week after Russia’s gas monopoly announced it would cut off supply through a key pipeline for three days in September, adding pressure to an already tight market . It is likely that the economic burdens created by these price increases will remain a headwind for Europe’s single currency in the absence of credible supply-side responses from European countries to ongoing Russian gas diplomacy.

“These incomprehensible price increases add pressure on European leaders to find a solution to the ongoing energy crisis that will put pressure on many families,” said Bas Van Giffen, chief economic analyst at Rabobank.

At the same time, American families are struggling to pay their utility bills. However, this situation pales in comparison to the rising prices faced by European consumers.

The rising cost of European energy supplies has driven many financial model-derived estimates of the fair value of the single currency down sharply this year, and with little respite on the horizon, some of the market’s most bearish forecasters are feel optimistic about their EUR/USD outlook.

Both Rabobank and Nomura predicted a lasting break without parity in the EUR/USD rate over the next few months. According to their forecast, the EUR/USD should fall to 0.90 this winter with a terms of trade shock pointing to 1980s levels at 0.65 as a possibility. 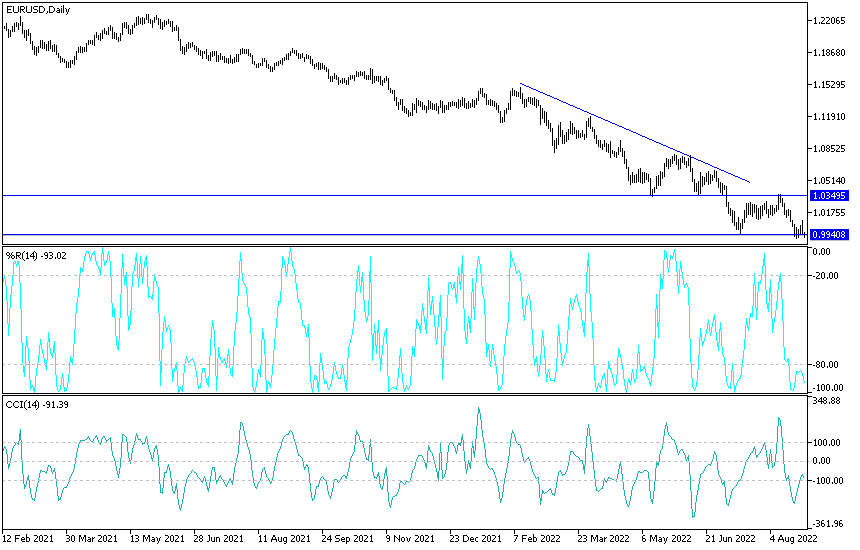 Ready to trade our daily Forex forecast? Here is a list of some of the best Forex brokers to check out.