A new hotel, complete with cafe and restaurant, is set to take over a building on State Street that once housed a Scientology center.

The building at 524 State Street used to store sci-fi materials as the “Dianetics Foundation Hubbard,” but the location has moved to its newly constructed tax-free mega building on the coast of Ventura. , leaving the space empty for renovation in recent years.

Now that the space is “cleared,” California firms TMC Hospitality and Anacapa Architecture are adding the finishing touches to the second boutique hotel under the name Drift. Their first Drift hotel is in San Jose Del Cabo, Mexico, with another location in Palm Springs slated to open early next year and a fourth in Nashville this spring.

The building, located next to Institution Ale, was built in 1901 and remodeled in 1925 in the Spanish Colonial Revival style. The remodel aimed to preserve the building’s unique charm while including floor-to-ceiling windows, oak and brass embellishments, and artwork by local artisans, including Will Adler and Anacapa Ceramics. 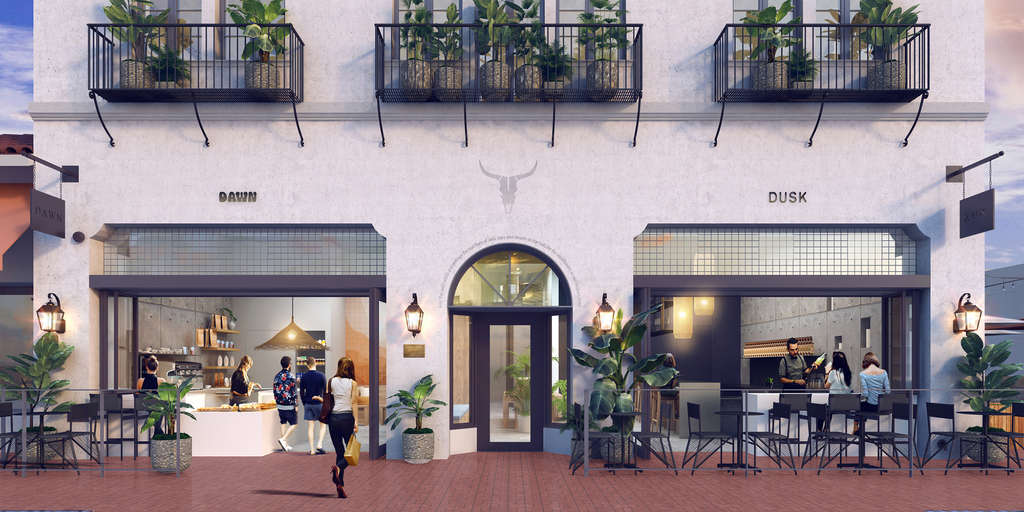 It now includes 45 hotel rooms and a “car-free promenade” that includes fire pits and outdoor restaurants on State Street, and around the corner of the building leading to the public parking lot.

The exact opening date has yet to be announced, although reservations are now being accepted from December 1 with rates ranging from $191 to $335 per night.