Is the government making progress in its drive to improve South Africa’s dilapidated infrastructure by pouring billions of rand into new projects that could lift the country’s economy out of the doldrums?

Not enough. The penny may have finally dropped for President Cyril Ramphosa’s administration as government-led infrastructure projects, which have been in steady decline for the past 14 years, are the last card Africa is left with of the South to develop the economy, create jobs and stimulate the private sector. investments.

Investments in government and private sector infrastructure are at the heart of Ramaphosa’s ambitious economic reconstruction and recovery plan, which was announced in October 2020 and aims to reindustrialise the economy after the Covid shutdowns.

But a closer look at the numbers suggests either the budget for infrastructure projects is shrinking or the government is spending no money at all because it is struggling to get the projects off the ground. The MTBPS is generally not designed to set new government spending priorities, but provides an update of those priorities that are initially tabled in the February budget.

And in February 2022, Godongwana announced huge sums of money for infrastructure projects to be spent by the national, provincial and local spheres of government, which collectively had a budget of R141.5 billion in 2022/23. (see table below) – significantly higher than the R66.7 billion mentioned in the MTBPS. And over three years, February’s main budget was R431.9 billion for infrastructure projects – again, more than the R112.5 billion budgeted.

The shortfall in figures remains unexplained by the National Treasury, which says more details will be provided in February 2023 when the main budget is tabled. But market watchers have offered a few possible reasons for this.

In a note to clients, Intellidex says infrastructure spending is primarily constrained by the government’s lack of ability to innovate.

“There are simply no engineers and project managers in local governments and provinces to initiate and manage projects,” he says. This leads to South Africa having little to no new infrastructure projects to finance or present to private sector investors, who also wish to invest in such projects through government partnerships.

But these investors have been deterred by laws such as the Municipal Financial Management Act and the Public Financial Management Act, which are designed to tackle fraud and corruption but have the unintended consequences of making it too bureaucratic. for them the establishment of partnerships with the government on infrastructure projects.

The laws govern how public-private partnerships are formed and detail the lengthy processes municipal and state government officials must go through before projects are launched and delivered. Intellidex called for the laws to be changed to make it easier for the government to partner with the private sector, which can take on the risk of infrastructure projects by investing more capital instead of the government.

DM168 understands that some private sector investors, keen to partner with the government on infrastructure projects, have lately walked away because of cumbersome laws. It’s not a new trend – potential partnerships have plummeted since 2016, resulting in few new projects being signed up.

And years later, there is little progress to show in Ramaphosa’s big infrastructure investment spurt. The Infrastructure Fund, owned by the Development Bank of Southern Africa (a state-owned development bank), was launched to prepare bankable infrastructure projects, de-risking by taking the losses, and then by attracting financing from the private sector.

The fund has not delivered a large number of projects, although it recently received R4.2 billion from the Treasury, but has since been withdrawn. Grants worth R5 billion which have been allocated by the Treasury to municipalities to finance their projects have not been used. And according to Intellidex, of the 30 new schools expected to be built in the current fiscal year, only six have been delivered in the first half.

State-owned enterprises (SOEs) such as Transnet, the Passenger Rail Agency of SA and the South African National Roads Agency Limited have also been targeted by the government as the vehicle through which infrastructure projects will be carried out.

The Treasury expects state-owned enterprises to spend R251.7 billion on projects over the next three years. But SOEs’ balance sheets have deteriorated due to corruption and mismanagement, making it difficult to fund projects with their cash or borrowings. Transnet CEO Portia Derby has previously warned that without government financial support, the state-owned port and freight rail operator cannot embark on major projects. The weak execution capacity of state enterprises has also resulted in poor performance and poor quality infrastructure.

South Africa is being left behind in the infrastructure frenzy. Developed countries such as the United States, United Kingdom and China have recently injected a lot of money into infrastructure projects to boost their economies after being battered by the pandemic.

Spending money on infrastructure projects is considered an effective way to revive an economy, although such projects usually take a few years to start due to implementation delays. Once the projects are launched, construction spending will start to peak and will be injected into the economy. This spending creates blue-collar and white-collar jobs in the construction industry value chain, such as engineers, craftsmen and labourers.

Infrastructure projects can take years, which means the jobs will stay. These workers then spend their earnings locally and help stimulate the economy. Once projects are completed, citizens can use new infrastructure such as bridges and roads to move around more efficiently and improve the productivity of their workers.

South Africa did not benefit from this multiplier effect as government infrastructure spending began to decline in the early years of Jacob Zuma’s presidency. The government’s fiscal priority at the time was to shift money from pro-economy growth and investment initiatives to consumption ones, including bailing out state-owned enterprises and raising public sector wages. .

The Department of Public Works and Infrastructure, which in recent days produced the second version of a draft national infrastructure plan, estimates that to meet the NDP’s 30% target, the government must spend $6,000 additional billion rands for infrastructure projects. That’s a lot of affordable homes, bridges, roads, power grids, broadband towers and rail lines that will need to be built over the next eight years. DM168

This story first appeared in our weekly daily maverick 168 newspaper, which is available nationwide for R25. 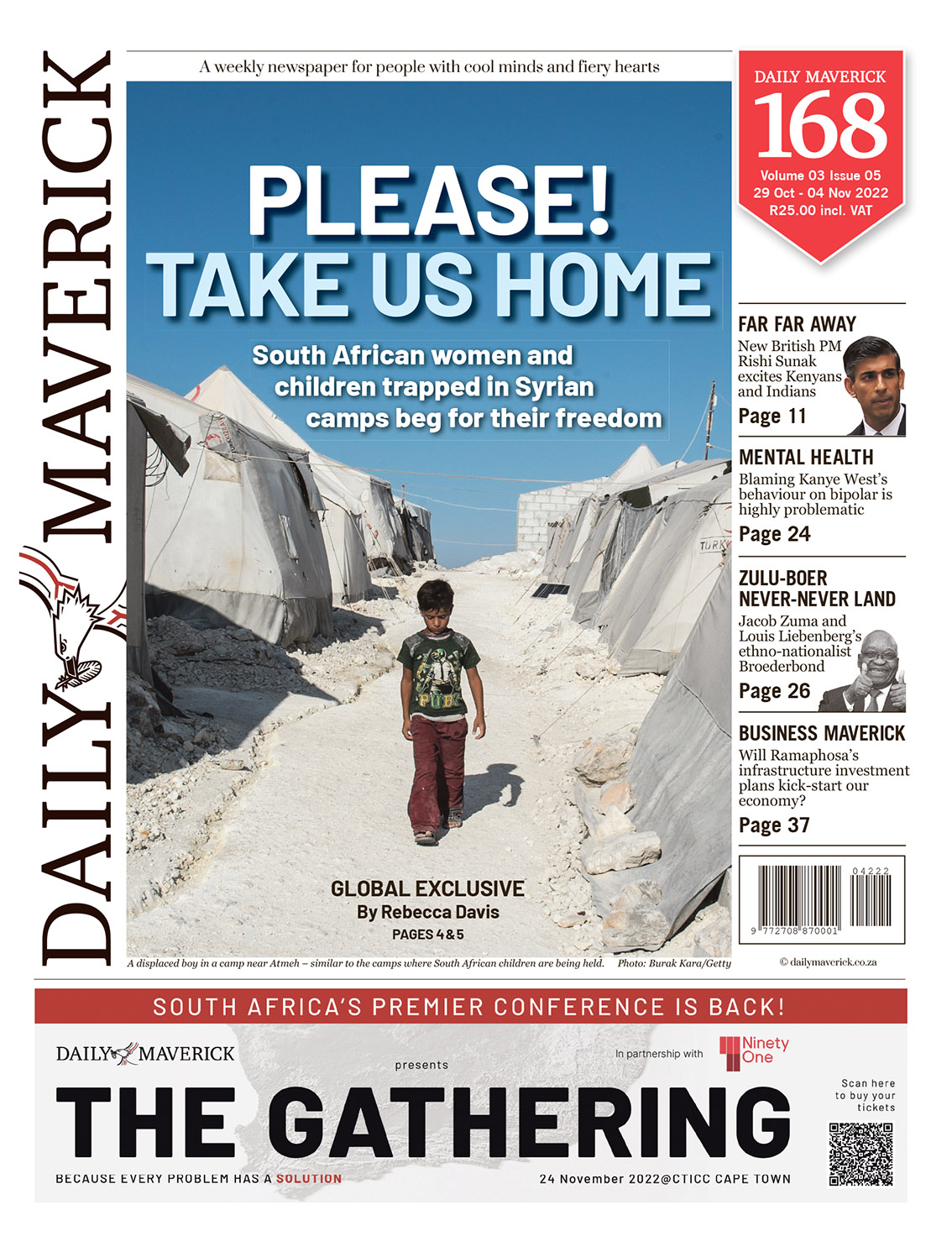