Fredrick Azzopardi was charged in court last Tuesday, accused of breaching environmental protection laws while he was CEO of Infrastructure Malta. It was the disgrace of a former government official who often made headlines for ignoring the concerns of residents and NGOs.

The CEO, a key driver of Minister Ian Borg, was instrumental in establishing the agency in 2018.

Azzopardi has now moved into the private sector. His legacy at Infrastructure Malta includes landmark projects like the Marsa Junction and countless miles of new roads, but also shadeless stretches where mature trees once grew and shadows of what was once farmland.

Malta weather looks back at some of the controversies that accompanied Azzopardi’s bumpy road.

Azzopardi’s name is indelibly linked to the Central Link project.

Azzopardi’s name is indelibly linked to the Central Link project, which he described as “the most beneficial infrastructure solution from different environmental, social and economic perspectives”.

Azzopardi’s Infrastructure Malta launched an expensive public relations campaign to promote the project, including claiming that doing nothing would lead to a “total stalemate” in the region within 20 years.

As many as 549 trees were to be uprooted and another 237 transplanted, prompting outraged citizens to cling to the trees in protest.

A total of 47,000 square meters of farmland – the equivalent of six football pitches – was bulldozed before an appeals court ruled on the project permit. 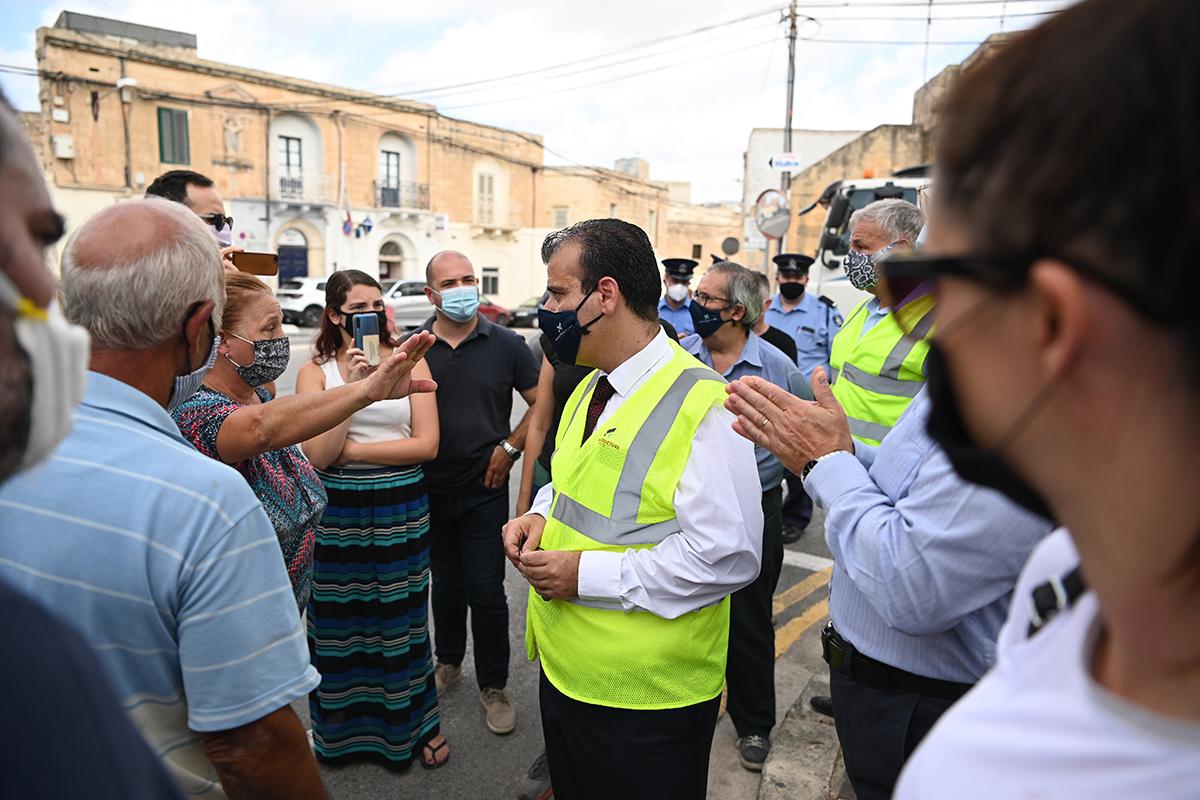 Roadworks in Dingli, another project carried out under Azzopardi’s direction, was also at the center of controversy.

Roadworks in Dingli, another project carried out under Azzopardi’s direction, was also at the center of controversy.

Activists camped there for three weeks in a bid to prevent heavy machinery installed by Infrastructure Malta from moving forward to clear fields outside the development area.

Here again, it is the trees that are the victims: this time, it is centenary carob trees.

Work began before the Environment and Resources Authority (ERA) consented to the uprooting.

Work began five months before the necessary permits were issued and did not follow due process, environmental commissioner Alan Saliba said.

Saliba condemned Infrastructure Malta for allowing its contractor access to private land before reaching an agreement with the landowners on expropriation.

Compliance with the rules “should be on the agenda, especially from government entities that should serve as an example to citizens”, noted Saliba. 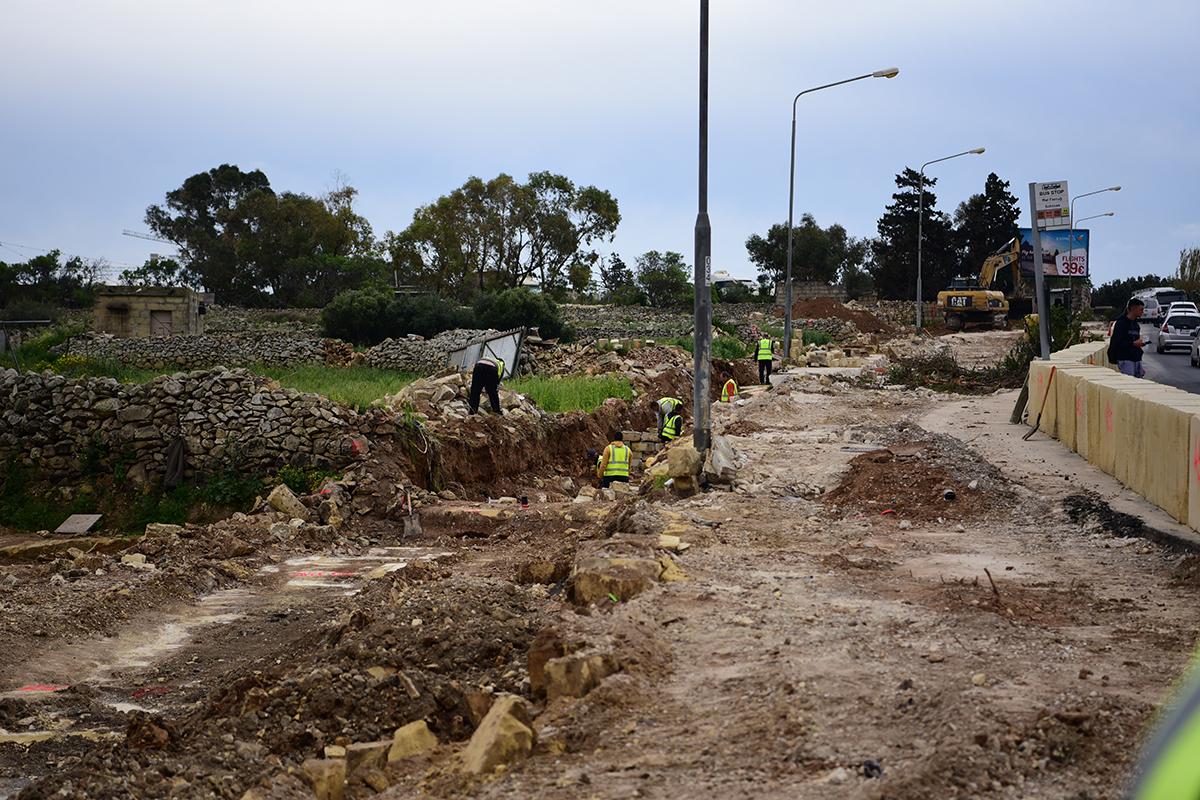 Works at a junction in Ħal Farruġ, Luqa saw Infrastructure Malta taking more land than permitted and starting work without a valid permit.

The manner in which Infrastructure Malta expropriated land in Dingli turned out to be a feature of Azzopardi’s time at the helm of the agency.

Unlike the private sale of a property, when land is appropriated in Malta, compensation must be decided by the Land Authority.

Infrastructure Malta has often flouted procedure, circumventing authority by striking deals directly with landlords or showing up with bulldozers before a deal is reached.

Landowners in Dingli, Attard, Rabat, Żabbar and Luqa all reported similar behavior from the Azzopardi-led agency.

“This land had been in my family since 1913, they just showed up at 4 a.m. and started digging it up,” owner Andrew Costa said. Malta weather.

When the landowners of Rabat and Attard brought in their lawyers, a court noted that “ownership rights cannot be ignored” and that appropriation “must not come at the expense of existing procedures which protect the rights of the individual”.

Works at a junction in Ħal Farruġ, Luqa saw Infrastructure Malta taking more land than permitted and starting work without a valid permit.

The works were part of the €9.5 million project spread over 1.7 kilometers to widen the arterial road linking Qormi to Malta International Airport.

Infrastructure Malta was fined €20,000 by the planning authority.

Azzopardi called the fine “excessive” and justified the lack of authorization by saying that the works were “very urgent”.

The agency then asked to sanction the illegal work. 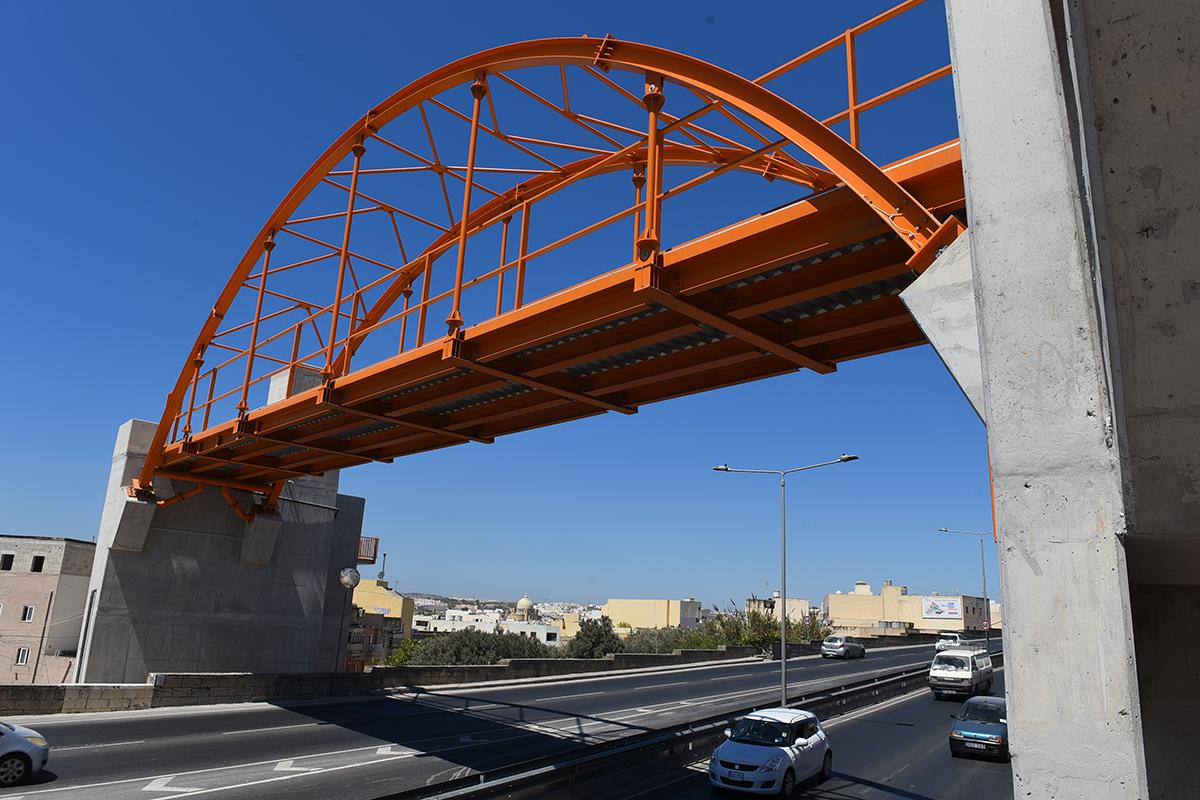 Infrastructure Malta has again started work on the La Marsa pedestrian bridge without waiting to receive the necessary permits.

Infrastructure Malta again pleaded urgency to justify the installation of a footbridge in Marsa without a valid planning permit.

The planning ombudsman, Alan Saliba, ruled that this was an abuse of the law, as there was no urgency in the case in question.

Infrastructure Malta again began work without waiting to receive the necessary permits, saying it was classifying the works as a matter of urgency to make the area safer for pedestrians.

It took the agency an additional 17 months to complete the project.

Azzopardi: we have improved the quality of life

When contacted, Azzopardi said Infrastructure Malta had “undoubtedly improved the quality of life for thousands of families”.

” There is still a lot to do. But I salute the commitment of the workers and professionals who have achieved the unprecedented €475 million transformation of Malta’s road and maritime infrastructure over the past four years.

“We have rebuilt hundreds of streets and improved thoroughfares that had been neglected for years.”

Azzopardi said that only Infrastructure Malta had the determination to complete projects such as Marsa Junction and Central Link.

The agency removed outdated traffic lights that had “plagued” road users and residents with congestion, noise and exhaust fumes for decades, he said.

The agency has also implemented some of Malta’s most significant environmental projects in recent years, he said. These included the electrification of cruise ship operations at the Grand Harbor to eliminate air pollution from ships in one of the most densely populated areas in the country.

The end of a four-year term

The former roads chief defended his track record, saying that after years of neglect, the country was receiving the investment needed to have high quality roads with the levels of safety it deserved.

Some hailed Azzopardi as a man who got things done, built overdue projects and saved minutes on their daily commute.

Others will remember him as the embodiment of the Infrastructure Malta bulldozers he was responsible for.

Infrastructure Malta had a difficult start after his resignation, with his successor Trustin Farrugia Cann stepping down after just a month. Ivan Falzon, former CEO of Water Services Corporation, has now taken the job.

Independent journalism costs money. Support Times of Malta for the price of a coffee.