“Several” people were rescued from a burning building in Vancouver’s Gastown neighborhood, according to emergency officials.

Officials said the fire started in the building shortly before 11 a.m. Monday.

His video showed smoke billowing from a four-story brick building near Water Street as firefighters aimed a stream of water at the top floor.

Shortly after noon, the chief wrote that “13 fire-fighting machines” were at the scene of the three-alarm fire, and that a person who lived on the second floor had been rescued.

By 12:45 p.m., two patients had been taken to hospital, according to British Columbia Emergency Health Services.

The BCEHS said a total of seven paramedic units and three paramedic supervisors were dispatched to the scene, which is in an area popular with tourists and locals for its bars, restaurants and shops.

The burning building has retail on the ground floor and residences on the upper floors, and it appears the fire started on one of the residential floors.

Smoke could be seen several miles away as flames poured from the roof of the red brick building. Some in the area reported power outages and Simon Fraser University’s Goldcorp Center for the Arts closed “due to poor air quality”.

The school said all events and classes in the Woodwards building have been canceled. Vancouver police are asking motorists to avoid the area because of the fire.

Vancouver’s fire chief is telling downtown residents to keep their windows closed to prevent toxic smoke from escaping inside.

This is breaking news and will be updated.

Smoke is seen billowing from Vancouver’s Gastown neighborhood during a three-alarm fire on April 11, 2022.

Firefighters work to put out a three-alarm fire in Vancouver’s Gastown neighborhood on April 11, 2022. (Submitted) 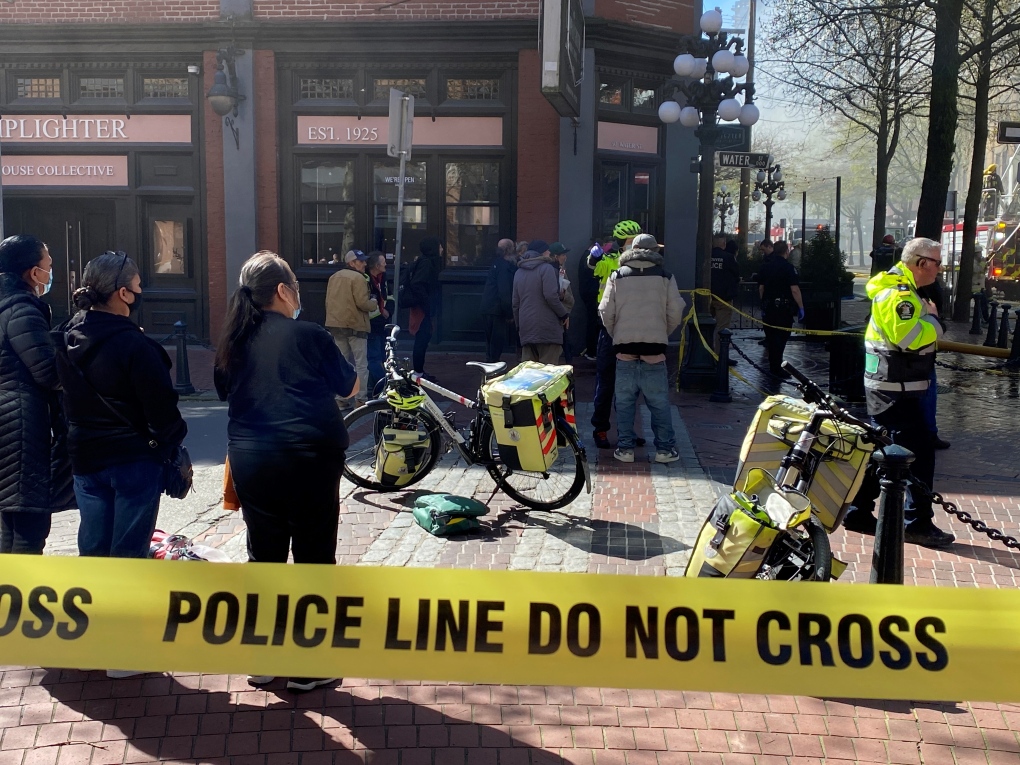 Bystanders are seen at the scene of a fire in Vancouver on Monday, April 11, 2022. (Jim Fong/CTV News Vancouver) 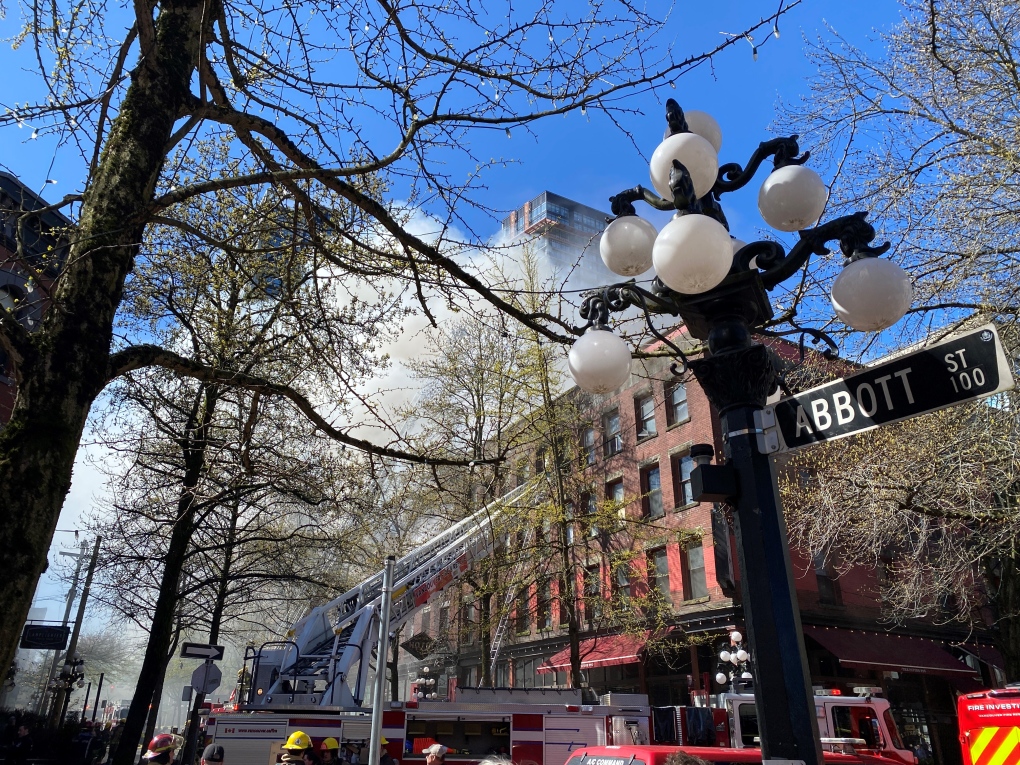 The scene of a fire on Abbott Street is pictured in Vancouver on Monday, April 11, 2022. (Jim Fong/CTV News Vancouver) 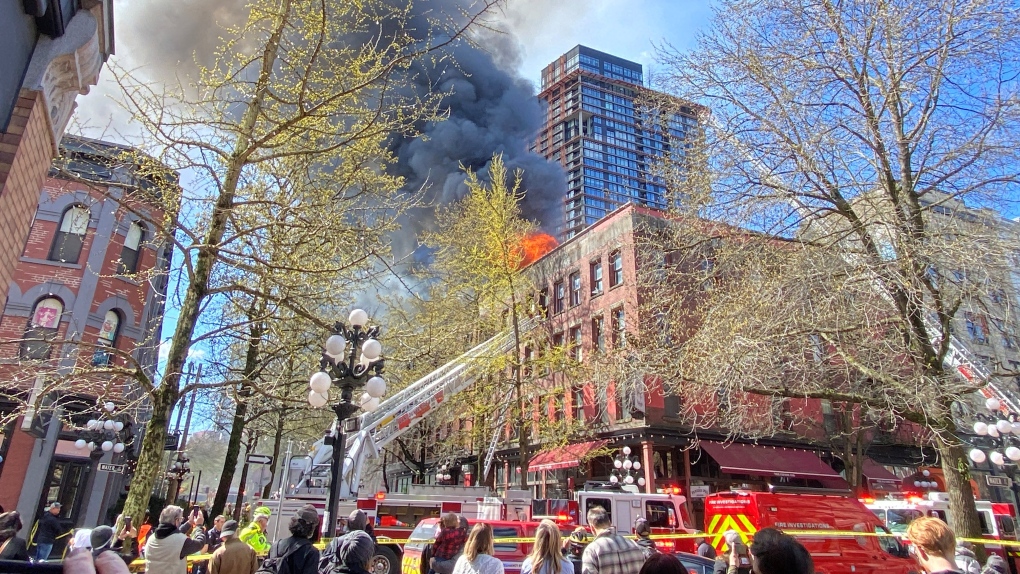